Isaiah 13:5 “They come from a far country, from the end of heaven, even the LORD, and the weapons of his indignation, to destroy the whole land”.

Jeremiah 50:3 “For out of the north there cometh up a nation against her, which shall make her land desolate”.

Jeremiah 50:9 “For, I will raise and cause to come up against Babylon an assembly of great nations from the north country”

To the north of the Caspian Sea, we find the people known as Magog inhabiting the land known as Rosh.

Over time, the ancient name of Rosh became none other than current-day Russia.*

Moreover, Ezekiel says that Magog will bring his armies from “the extreme north” (Ezekiel 38:15; Ezekiel 39:2) to the border of Israel. When you look north of Israel on any map of the Middle East, and guess what nation you’ll find? That’s right – Russia.

The word of the Lord came to me: “Son of man, set your face against Gog, of the land of Magog, I will turn you around, put hooks in your jaws and bring you out with your army, Persia, Cush and Put will be with them, all with shields and helmets, also Gomer with all its troops, and Beth Togarmah. In the latter years, you will come into the land of those brought back from the sword and gathered from many people on the mountains of Israel.”

Ezekiel clearly says that Russia will come to the “Mountains of Israel” in the “latter years”.

This happened in September 2015 and never before .

For the first time in history, the Russian army, navy and air force became involved in a war in the Middle East

This is yet another prophecy that became reality

None other than President Ronald Regan, a devout Christian, said many times that he truly believed Russia to be Magog according to Ezekiel.

But what about the word Gog?

Bible scholars agree that the word Gog is not an actual name but a title.

He is the ruler of the land of Magog like a king or a czar.

So now, there should be no doubt that

Even though it has been written centuries before the U.S. or Russia became world powers it clearly describes both countries that are prophesied to ignite the Armageddon

And at the start of the Armageddon, Russia will use a very special weapon, “the weapon of indignation” against the whole territory of the U.S., and then lead the invasion of a great assembly of nations.

Now that we know who is responsible, the next logical question is when will it happen…

As you have seen before, we are going through the Biblical end of times…

Babylon America has fulfilled the prophecies that foretold its coming… and now, according to the Bible, it will meet its demise…

The clues about when the great disaster shall befall it are hidden in the book of Daniel, another major biblical prophet.

Chapter 11:40 of his prophecies describes a great war fought by two kings at the end times…

So if we could connect these two kings to two current world leaders,

We would know how CLOSE we are to the destruction of Babylon. 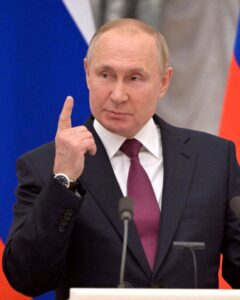 The key to understanding the clue of the two kings is the position of Jerusalem because this is where Daniel had his revelations.

To the north of Jerusalem is Moscow, birthplace of Vladimir Putin

What else does the prophecy say about the King of the north?

Putin does what he wants. He controls the media, the military and the economy of Russia.

(Daniel 11:37): “Neither shall he regard the gods of his fathers, nor regard any god: for he shall magnify himself above all”.

The fact that “gods” is not written with a capital letter is a clear clue to what exactly the prophet is referring to COMMUNISM!

The gods of the communists are Lenin, Marx, and Stalin who have ruled Russia for over 80 years. 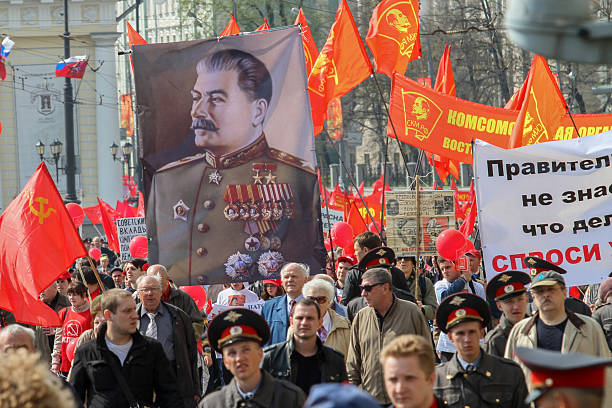 But, as the prophecy foretold, Putin distanced himself from communism and denounced its flaws and sins against Russia and the Russian people.

“He shall magnify himself above all”. 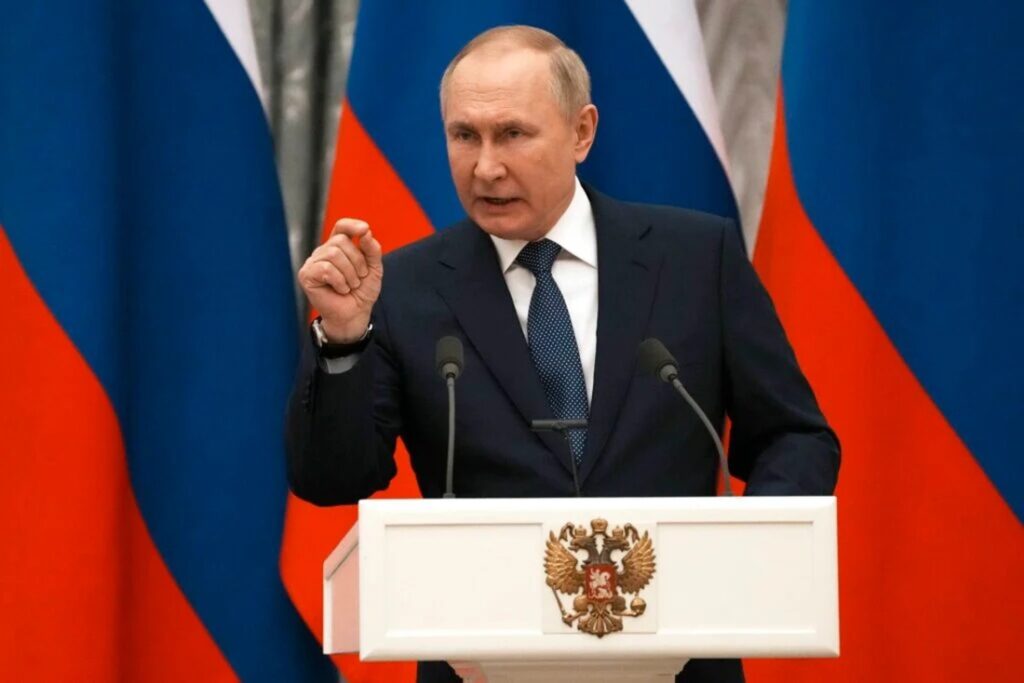 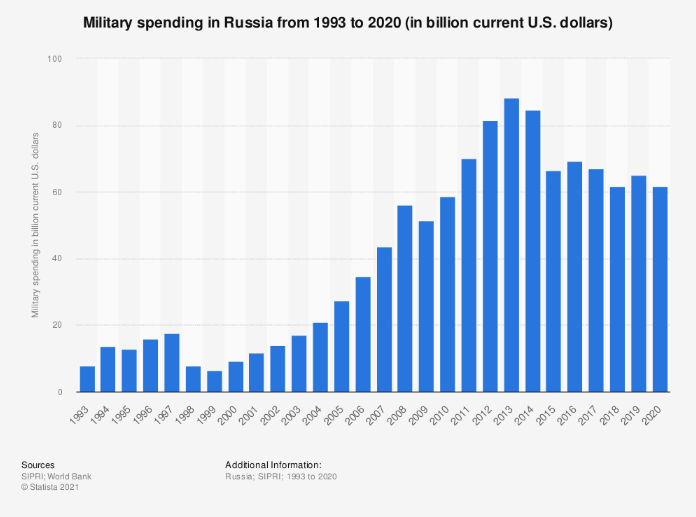 And there you have it….

Vladimir Putin is undoubtedly the king of the north that will guide Russia in the end times.

But what about the king of the South?

Now, our country does not have a King…

And the real people who are pulling the strings are sitting behind, in the dark

But what does the prophet say about it?

(Daniel 11:14)”And in those times there shall many stand up against the king of the south”.

Never in our history have so many people disagreed with US policies or HATED the United States: Russia, China, North Korea, a big part of the Muslim world including Syria, Egypt, Iraq, Afghanistan, Pakistan and the list goes on and on.

The End of Babylon is very, very near and we are directly on course for this prophecy to be fulfilled…

And the Deep State using Biden, is playing his part to the letter:

These words are coming true as we speak… 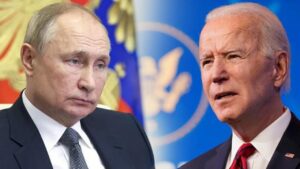 And as you will see, this is playing it’s own role in this terrifying revelation

Alarmingly, the Deep State’s push has started as far back as the moment Putin got into power

The obvious example, which also follows word for word the bible is the occupation of Ukraine by the Russians

The CIA backed and funded protests against the pro-Russian leadership.

Putin has lost one of its key allies in the region.

Putin declared war on its neighbors, but this is just his first step on his conquest to revive the old power of Soviet Russia

The Ukraine conflict saw the western powers led by the Deep State imposing drastic economic sanctions on Russian banking, energy sectors and even on its powerful Oligarchs

These are all key parts of the Russian economy

Interestingly, economic sanctions have preceded every U.S. war in the 21st Century.

Which means that people in Russia can only buy a fraction of the stuff they used to afford.

Once poverty starts kicking in, the Russians will want blood and Putin will be left with very few options…

Because When Russia Falls Apart,
War Will Be The Only Option…

And the king of the north knows this too well…

You are now witnessing the last months, maybe weeks before the Russian attack that destroys Mystery Babylon.

The Bible tells us all about the Russian attack…

And most importantly, the “weapon of indignation”

A weapon unlike anything the world has ever seen before:

This weapon can hit an entire country “How is Babylon becoming a desolation among the nations! “(Jeremiah 50:22, 23)

This weapon makes the US unable to respond and broken

“How is the hammer of the whole earth cut asunder and broken! The mighty men of Babylon have forborne to fight, they have remained in their holds: their might hath failed;” (Jeremiah 51:30).

And this weapon leaves Babylon silent and in darkness:

Sit thou silent, and get thee into darkness, O daughter of the Chaldeans: for thou shalt no more be called, The lady of kingdoms (Isaiah 47:5)

Discover how you can protect against it by clicking here